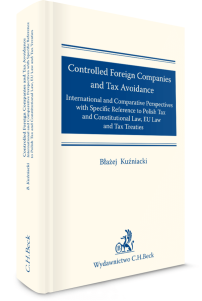 Avoiding tax via CFCs causes several problems, in particular it:

As a result of in-depth international and comparative research and analysis, I this book the author sets out proposals amending the CFC rules in a way that would increase a state's ability to effectively prevent tax avoidance schemes, while at the same time shielding genuine cross-border economic activities. Even though the analysis and conclusions (proposals) concern the Polish CFC rules, in principle they are relevant to the CFC rules of other countries as well, and may be used as a yardstick by countries without CFC rules at present to draft rules of their own. The proposals ensure an appropriate balance between preserving the domestic tax base and fostering competitiveness. They aim to be compatible with constitutional law, EU/EEA law and tax treaties, and they resonate with the most recent thinking of the OECD on the issue under BEPS and the GloBE proposal (Pillar Two) in many instances. In this way, the proposals may contribute to the fair and balanced taxation of income, and may help narrow the gap between the poorest and the richest, which would positively affect sustainable development. If the author's proposals are implemented by states, the concept of controlled foreign companies will no longer be synonymous with tax avoidance.

Although the book will be of interest primarily to Polish tax officials, tax advisers and academics, it also contains a wealth of more general information and analysis about CFC rules that will reward careful study by a broader worldwide audience. (...)

In summary, this book is a formidable piece of legal scholarship and a valuable source of information and analysis for scholars, tax practitioners, and government tax officials. Although I do not have the necessary experience and expertise with respect to Poland's CFC rules to properly evaluate the book's analysis of those rules, I can confidently say that the analysis is comprehensive and well written; moreover, the author displays an impressive understanding of CFC rules in general, as well as the relationship between those rules and EU law and tax treaties. In the end, the author has done an admirable job in describing the rules, identifying the issues comprehensively, and presenting the arguments from different perspectives with respect to those issues. This is all that can be reasonably expected from any book. 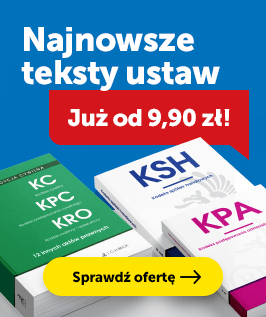